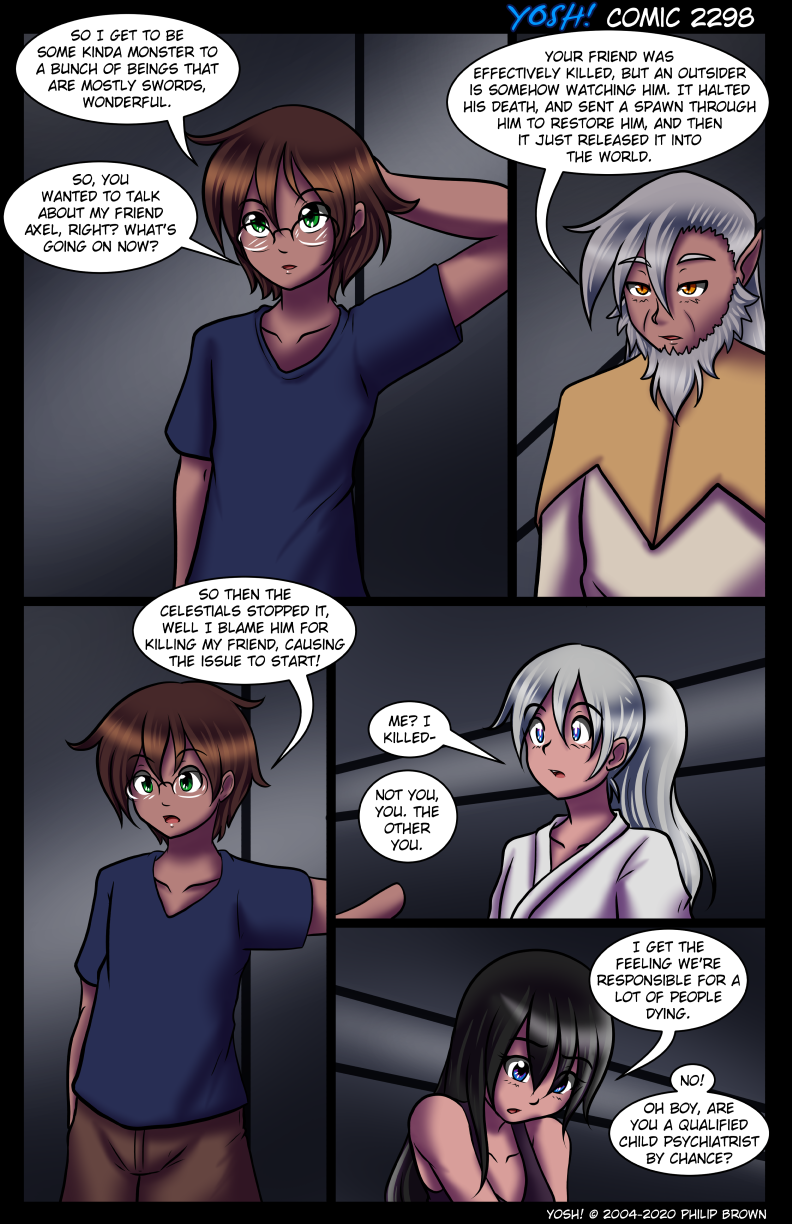 Yeah, they got a lotta work to do with those kids.

Also, not to be the spelling Nazi, but… “halted.”

He generally likes people pointing out his spelling mistakes.

I am sorry do they have someone that is qualified for this or are we just going to watch a bunch of hilarious self guilt stuff go down later?

How many android girls are there? At least one should be a qualifed psychiatrist, even if they don’t specialize in children.

your saying that one of them actually specialized in psychiatry and Lilith didn’t get any help at all with her problems or I don’t know someone to help Reiko with her memory problems really?

Reiko’s more a side character, so it’s entirely possible (I would even say likely) that she has gotten therapy along the way.

Lilith was a more unusual case. Her problems were as much a hardware issue as a software one; software being that she hates Shiden, hardware being that she was physically incapable of not acting on that hatred with violence. The hardware problem was compounded by the fact that, until recently, nobody knew how to fix her without killing her, and her particular combat model made fixing her at all incredibly difficult.

As for the software problem, well, therapy only helps if the person getting it WANTS help, and Lilith very much doesn’t; she hates Shiden, and she’s fine with that.