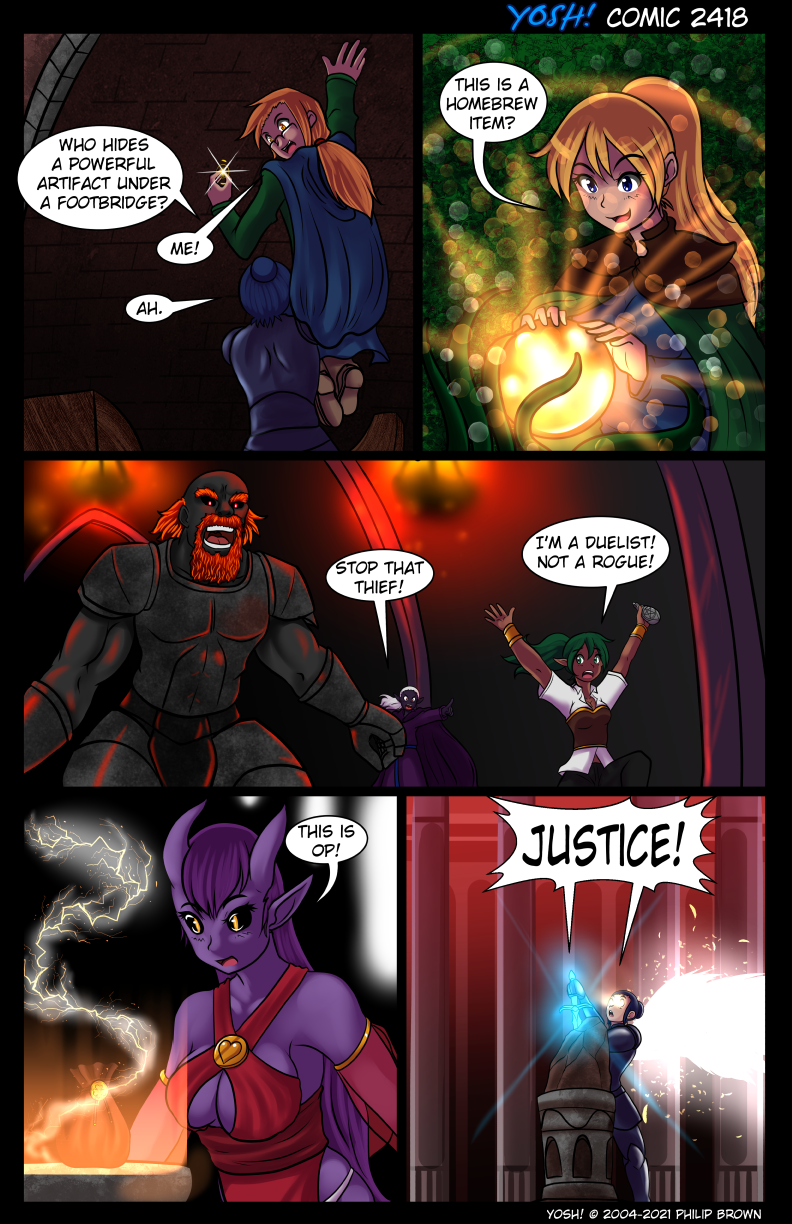 Got one more scene I gotta draw for this for the next comic- but it won’t be Monday! Mother’s day is Sunday so I’ll have a Mother’s Day filler! So, we have magic ring, orb for druids (homebrew means it’s not a normal item – mostly because Druid based magical items are actually pretty rare, so naturally people make up lots!), Nami’s scene is from a major Campaign from 5e so I hope some people recognize it! Kate’s scene is a divine artifact from the Goddess of Luck- and yes- it’s OP, balanced by being consumable (can only be used so many times before it’s gone), then – Blue’s is another major and relatively recent campaign scene – so I hope some people recognize that too! Oh and yes- the sword is saying it with her.

That all said! Streaming tonight at 9pm EDT over at Picarto.tv/SageSaga!

Nami wins this one. LOL

why does name have angel wings?

Blue is the one with wings, and the wings come from the sword as a magical transformation.