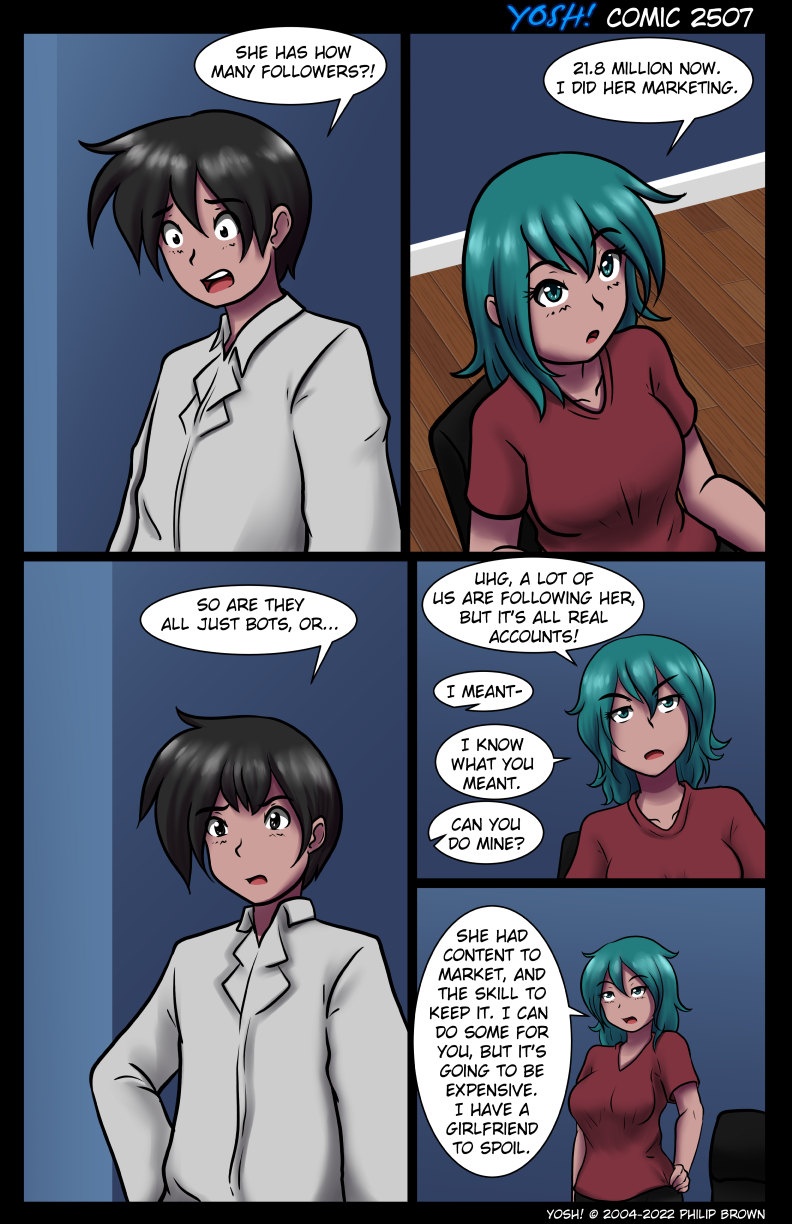 Streaming tonight at 8pm on Picarto.tv/SageSaga!

Dude, no, just give it up

I always wonder what Shiden thinks when one of the “Girls” takes advantage of him like Nami is doing here with charging him alot.

He’s probably proud. With regards to the girls, it seems his #1 concern was that they be their own people. Like the one who joined the Black Forest Rangers, Rayne. Technically she’s one of Shiden’s robot girls, but she’s independent. It seems like most of them work for him (he acknowledges his duty of care for being the one to bring them into the world), but most isn’t all. And Nami is one of the first, and the one who trusted him the least (except maybe Lilith; as far as we have been shown, Nami has never tried to murder Shiden). To be able to have a regular conversation with her, having her tell him (not ask or request) that he has to pay for her services, probably feels like he achieved true life. Nami is her own person, Toyoko is her own person. They’re all growing as people, not just as machines.

Nami: “I🎵 got Skilz of multiplying. And I’m gaining self-control.🎵”

Also he should ask Toyo how public she wants to be (or already is) about their relationship.

Oof what a phrasing landmine.

Given his one-time “goal” of “then we take over the world”….