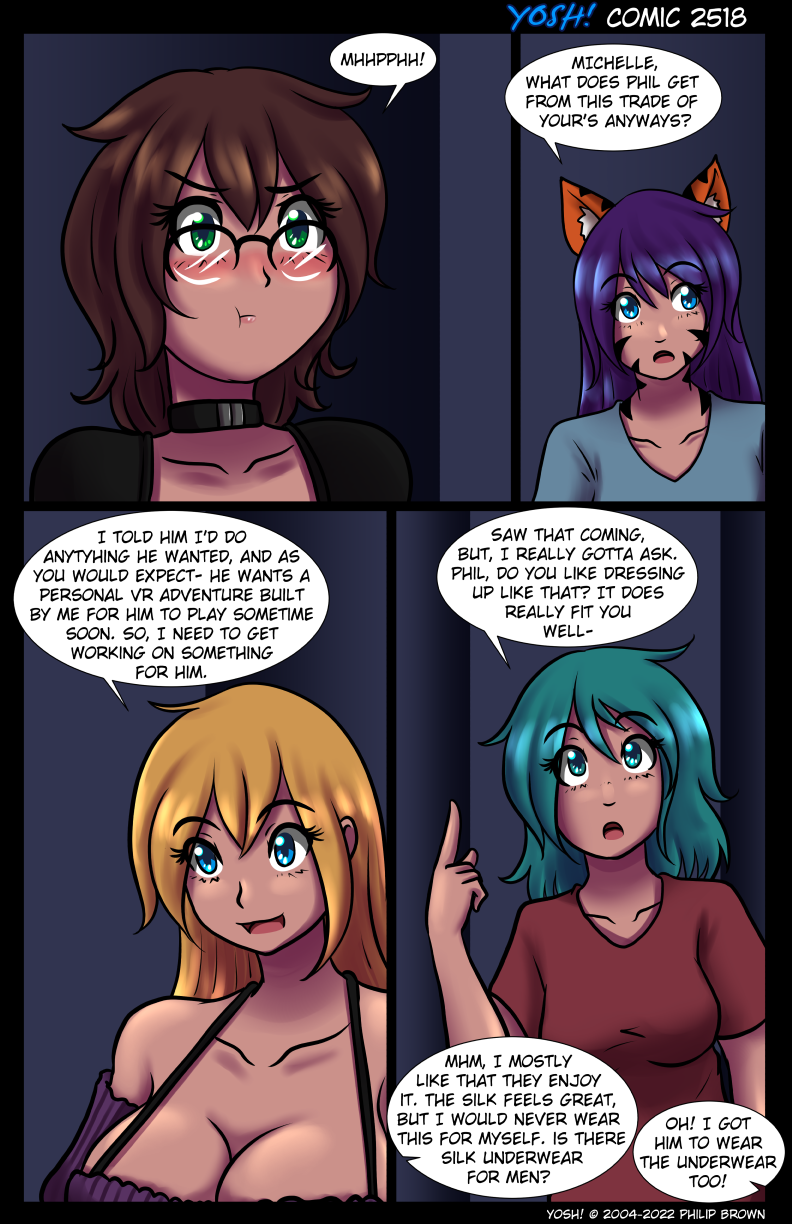 Phil’s adorableness levels are reaching untold levels ! He may even initiate the cutepocalypse if he gets any more adorable !

[Silk is cruel with the pupaed maggots in production – still boiling them alive instead of euthanizing them painlessly, I just checked – but I find a replacement in microfiber which is also used in neutral underwear.]

Not secret today and it is the ancient part that seems cruel. We could easily euthanize them with, say, carbon dioxide now.

Microfibers is a modern secret. 😎

carbon dioxide euthanasia isnt so nice last i looked it up. though i dont know if maggots would have the same issues with carbonic acid burning their respiratory systems as mammals.

I’m not killing animals, so I’m very vaguely informed in the area. I knew carbon dioxide is used for tranquilizing before slaughter, but Wikipedia has an added unreferenced note on that. “Carbon dioxide is often used to “stun” animals before slaughter.[57] “Stunning” may be a misnomer, as the animals are not knocked out immediately and may suffer distress.” And of course it generates acid, as opposed to the – I think – unnoticeable (in humans) carbon monoxide. “Carbon dioxide has a sharp and acidic odor and generates the taste of soda water in the mouth,[11] but at normally encountered concentrations it is odorless.”

Alternatives could be either carbon monoxide poisoning the red blood cells – a gas which i think is harder to handle – or nitrogen replacing oxygen but perhaps giving suffocation distress. And there are anesthetic gases like vapor of diethyl ether or chloroform (specifically used for insect collection IIRC).

Maggots may not have the same physiological reactions as mammals by the way, cooking will be faster, et cetera. In any case I would like to see some research on it.