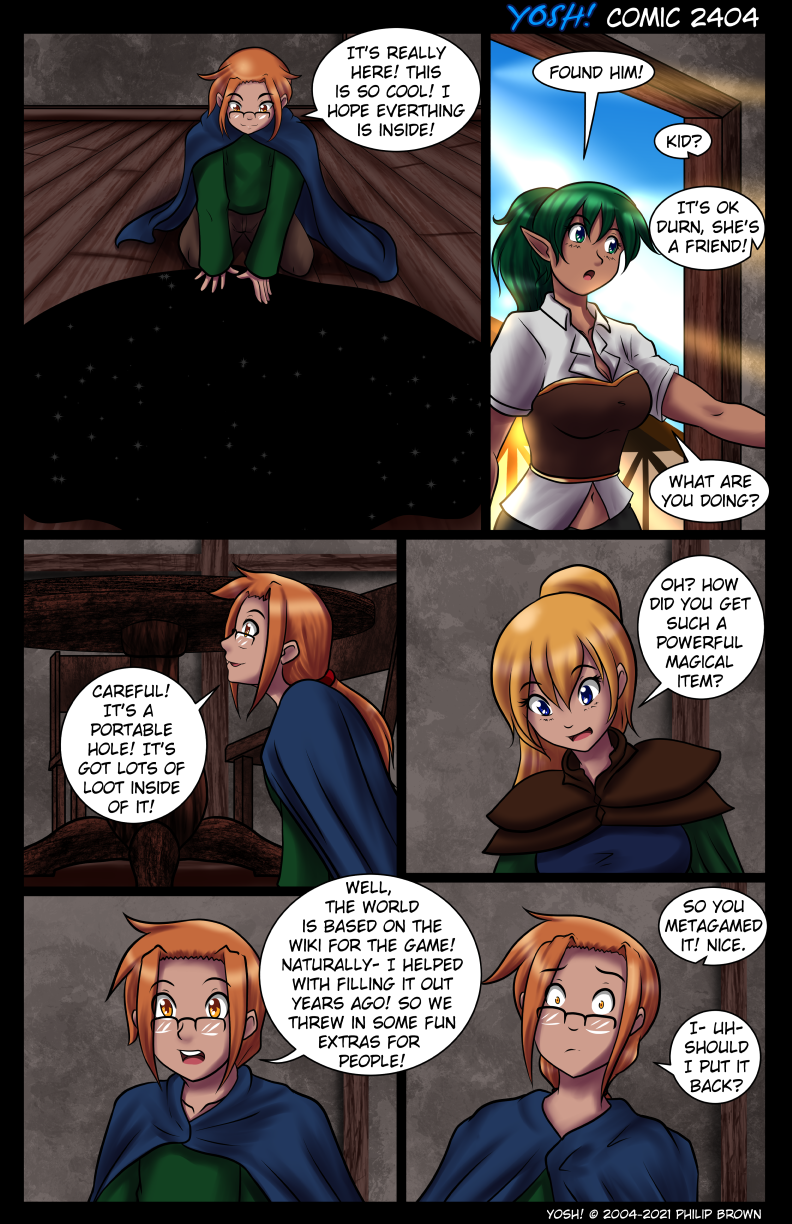 He remembered what inside; and has reasons to fear the outcome of it’s reveal.

Less he’s afraid of the outcome of it’s reveal, and more like he just realized he metagamed and now feels kinda guilty. Metagaming has a bit of a stigma in the TTRPG community.

Yeah, like “kicked out of the game for metagaming” stigma. The only time it’s ever really considered fine is when you’re just playing like a dungeon crawler and don’t care about the story.

I’m confused by what Civ thinks is in there- but Nealend and Damaged are right- he realized he was basically metagaming in the middle of a D&D game, which, as an RPG player, is a “no-no”. You (almost) never want to play your character with player knowledge because they should have no way to know that. It’s like this- if I were playing and I was meta gaming- everyone else is now playing on a nonlevel playing field. All of a sudden this can happen – “Ok, Sage! What are you going to do?” and I can just say “I Call forth the demon lord Paizuzu to get a free wish with no limits- but i have to spread his name to others to be totally screwed.”

Then 1 of 3 common possible outcomes happen-
1 -The DM immediately says “No, that’s metagaming to break the game- your character should have no idea about that!” Then i tell him thats the definition of meta gaming so he doesnt have to repeat himself- and i get thrown out of the game!
2 – The DM allows my nonsense and I get a free wish that I can use to likely ruin the game for everyone else or at least makes the game a huge headache for the DM – and possibly unleashes a near god tier demon on the local you call it forth in.
3 – You admit it is meta gaming- say it was a bad joke- and then tell the DM what you are ACTUALLY DOING.

Generally the reason though for that is A – Your character probably shouldnt have the information, and B – It can be harmful to the DM who spent hours planning- and you just threw the train off the tracks like the hulk if he were angry with the industrial revolution or something.

I quite liked the Knowledge system in Pathfinder which effectively allowed the player to convert metagame knowledge into character knowledge (with the GM deciding on bonuses or negatives to any rolls). Gelled very well with monster lore, too.

Hmm, given that their DM is “the world itself”, I think the relevant question here is: will it punish him directly for metagaming, balance everything else compared to that cache of loot since it knows that’s what they have access to (“indirect punishment”), or just ignore/roll with it and things continue as they were going to anyway?

…suppose it could also depend on what his intentions were, and if the system can properly read all of that….

Suppose there’s also (admittedly probably pathetic) odds that Roland has some connection to Rubin properly, but would expect he’d need to explain that quickly since it’s been stated out loud that yes…he did just metagame. (Maybe they met in that other plane?) Or maybe since they technically are their characters, their knowledge gets to be treated as character knowledge, so metagaming isn’t technically possible?

Could be handled in-game by spilling some solvent (he’s still playing an alchemist, right?) and having any item that would upset game balance get some of the solvent on it, or the old classic “damaged in storage”.