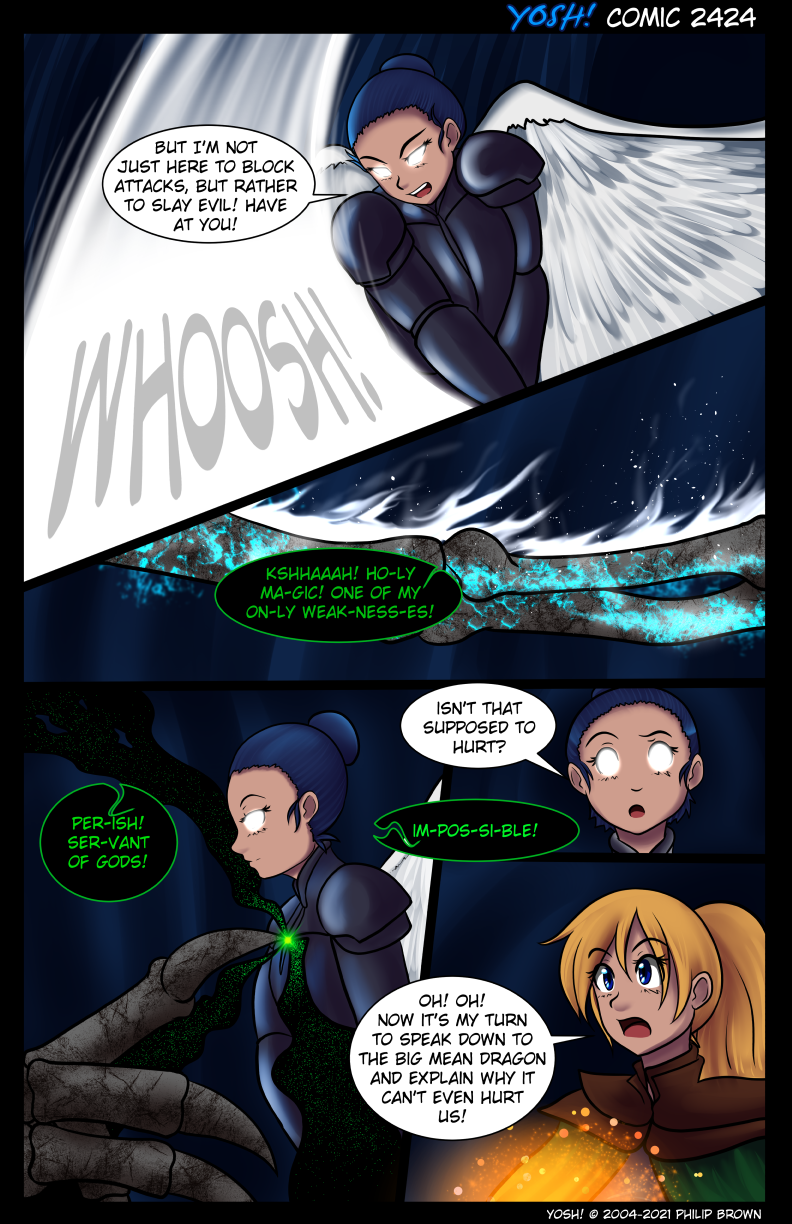 Feels like they’re playing with WeMod running. They haven’t faced any challenge yet. 🙁

I don’t know what “WeMod” is but – yes, the creature they are fighting is an ancient creature with a ton of experience, going against a group of people with “all the knowledge” on how to beat him. It’s like going in to fight a boss – after you’ve read the strategy guide.

There should be no challenge at the beginning because the creature can’t counter anything yet until it learns. Thankfully it’s also a super tanky creature, able to take hit after hit without going down.

That said, the longer it takes, the more time it has to find out how to counter their strategy. Which they are all happily displaying for the creature. It then has to consider, is them giving away all their moves a ploy? Or are they just so confident? Michelle’s line here is to even further push the idea that they are doing this as part of a plan. So it has to focus on why.

The real trick to this though is- the group can’t keep this up forever, and they CURRENTLY only have 1 attacker and everyone else so far is on defense. They don’t have the damage atm to take him out, so it’s now more a test of endurance. Tests of Endurance against dragons, much less undead, is rarely a good option.

OK, that explanation fills a lot in. I was just afraid it was gonna be a short fight. Everything about the story arc felt like it was setting up for a decent length and then the fight felt like it was about to be over almost before it started.

WeMod is like CheatEngine. But a lot easier to use than CE. I admit I don’t have much knowledge or experience with D&D. My RPG past is with Palladium (specifically Rifts).